Logic gates can be difficult to visualise, and it can be tricky to understand why they are useful in the real world. They are often described as black boxes; their operations being entirely abstract, with the output being the only indication of their function. Minecraft (minecraft.net) is a brilliant tool that can help bring logic gates to life for you and your learners, providing a sandbox to create logic gates from simple components, understand their operation, and connect them to outputs in a virtual world before exploring how they react to inputs. 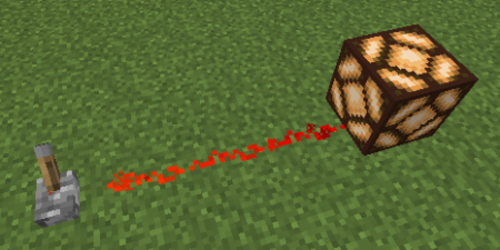 In addition to redstone dust and input and output devices, there are also components for making more sophisticated circuits, such as redstone torches, repeaters, and comparators. Redstone torches are essential for creating logic gates, as they are not only a source of power, similar to a battery, but they can also invert a signal (for example, if the power is on, the torch will be off, and vice versa). This ability to act like a switch allows you to use redstone torches in similar ways to transistors, the basis of all logic circuits. 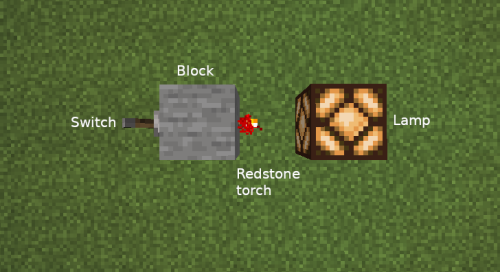 A practical example of the use of a NOT gate is to create a night light. You can do this by connecting a daylight detector (which is powered when the sun is up) to a lamp via a NOT gate (Figure 3 above). At night, the daylight detector will be off; the NOT gate will invert this signal and turn the lamp on.

You can also create OR, AND, and XOR gates using redstone torches, dust, and blocks (Figure 4): 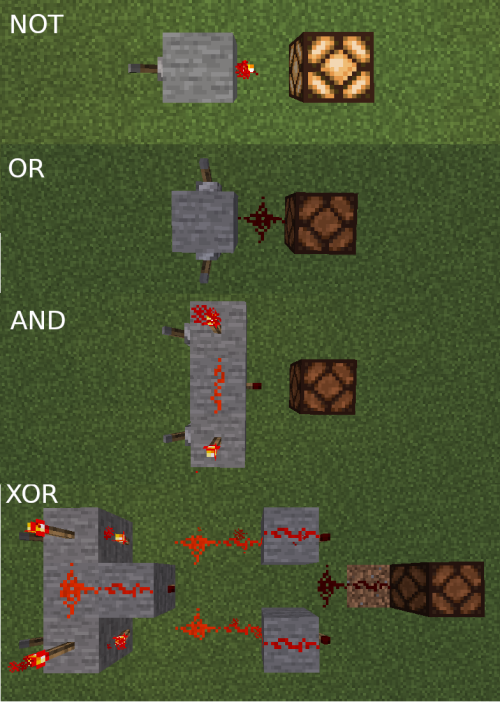 Investigating how these gates work, and seeing the interaction between the input switches and the lamp, can help learners develop an understanding of each gate’s operation and act as an engaging introduction to truth tables.

Using these logic gates and different input and output devices in Minecraft, you can create realistic devices, for example, a door that can only be opened by two players at the same time by using two buttons connected to a door via an AND gate (Figure 5). This is also an excellent opportunity to introduce logic circuit diagrams, connecting the abstract to the concrete (see the diagram in the top left of Figure 5). 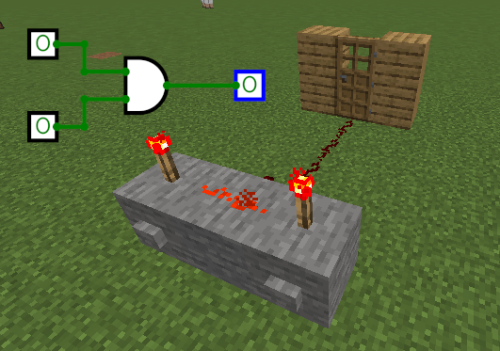 Multiple logic gates and circuits can also be linked together to create more complex devices. Take some time to look through the different input and output blocks and components in Minecraft, and let your imagination guide what you create. You may also find it useful to create a logic circuit diagram before embarking on your build.

While writing this article, I experimented myself, and created an alarm that beeps when one of my sheep in the Minecraft world leaves its pen. The alarm is automatically activated at night, but also has a switch so I can also turn it on manually during the day (Figure 6). 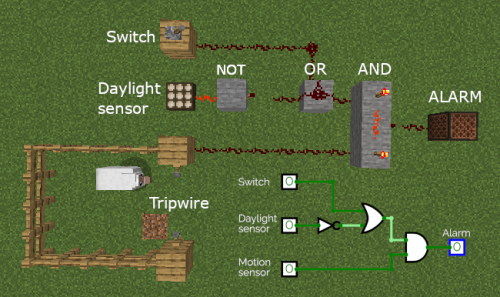 Minecraft and its redstone give you the opportunity to play and experiment with logic gates and circuits, without being constrained by the physicality of creating actual electrical circuits. I hope you have as much fun as I did! 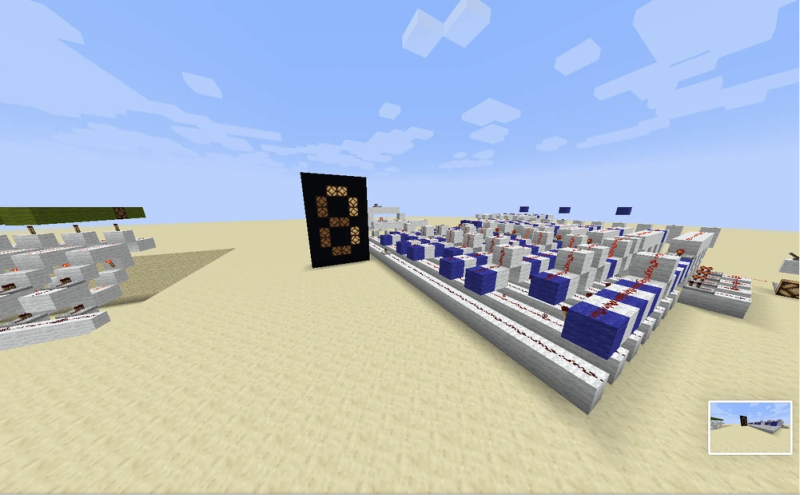 Fully functional computers have been created using redstone in Minecraft by building on top of logic circuits like those introduced in this article.

There are some very impressive builds, including this quad-core computer with user interfaces and displays (helloworld.cc/minecraftcomputer). 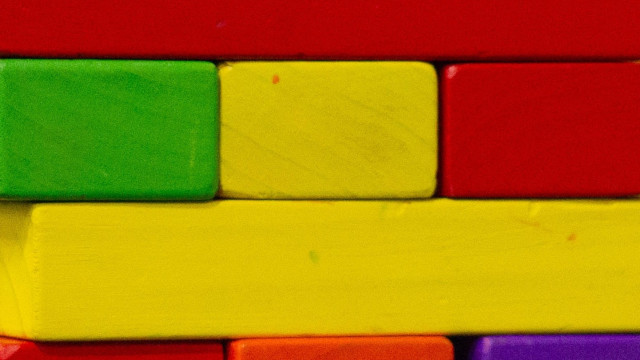