As anyone working in education knows, it can be a challenge to teach multiple subjects with varying objectives in the limited time we have for each class. However, one project last year gave us the opportunity to combine subjects and gave students a unique outlet for their creativity. This was a very exciting project and could easily be adapted for any year group in a primary setting. Watching pupils develop the social skills necessary to work as members of a team, as well as the ability to work independently when the situation demands, was very rewarding. 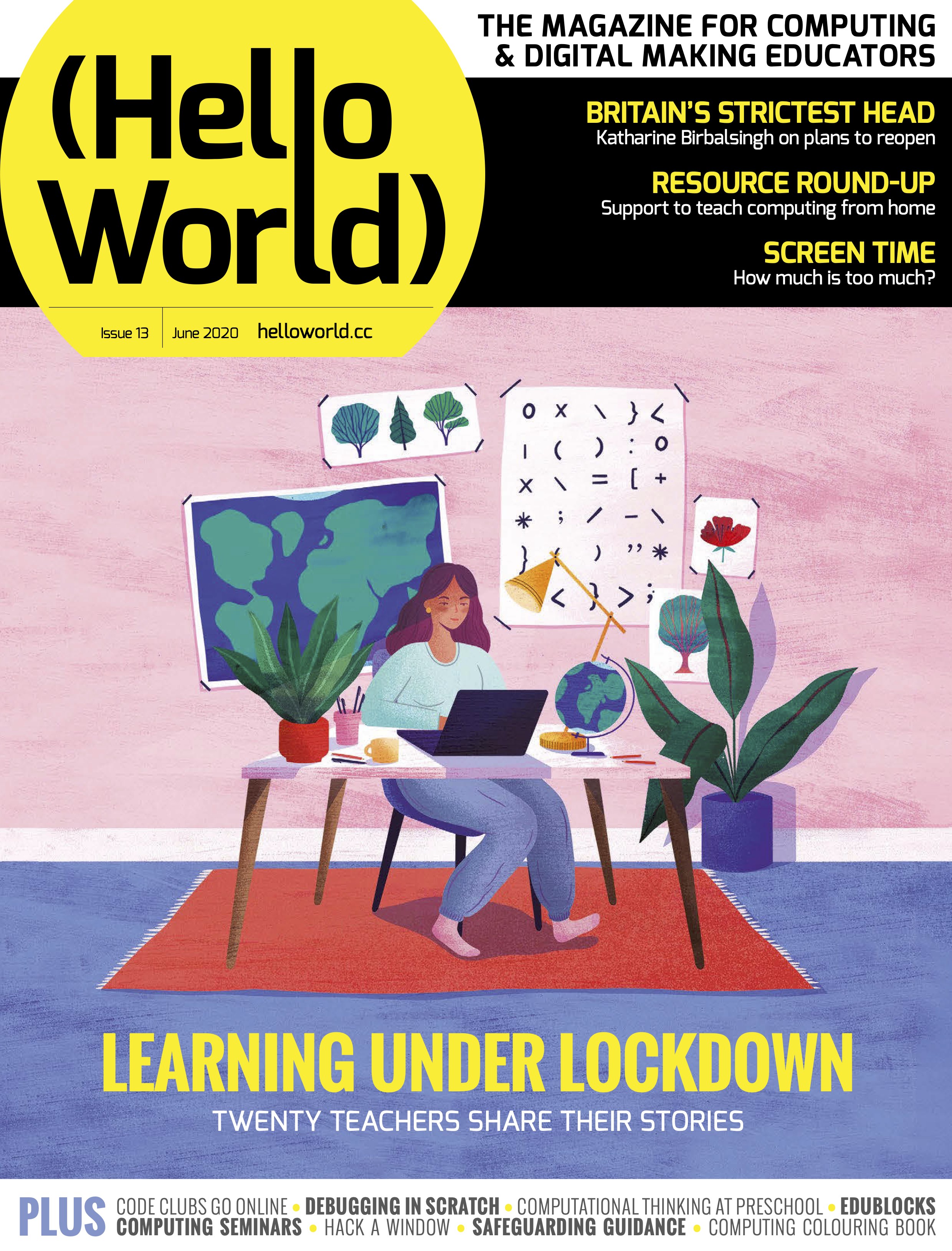 With a DT project looming and our science lessons focusing on electricity, we decided to create our own version of Blackpool Illuminations—a festival held each year since the nineteenth century. As we are based in Blackpool, our Year 6 children (10–11 years) had lots of inspiration to draw on.

Our first step was to evaluate the illuminations that previously featured as part of the festival, including installations such as the Four Seasons, the Enchanted Forest, and Alice in Wonderland. From this, we identified that these illuminations typically include a number of components, prompting the children to suggest that they would need to include electrical circuits to make their own designs stand out. However, something was still missing. We realised that many of our famous illuminations, such as the iconic Swan Lake installation, featured moving images. With this in mind, our computing teacher, Claire, suggested the missing piece we were looking for—the micro:bit!

As a result of our new-found inspiration, our project was now covering three separate subjects: DT, science, and computing. The students would also need to get to grips with a range of new materials and technologies, including Python coding, micro:bits, and LED circuits. The goal was to design a series of illuminations together that would incorporate:

The idea was simple enough to plan out, but between us, we soon realised it would be a while before we saw the final product. During weeks of DT and science lessons focusing on our goal, Claire was also working hard to keep the class up to speed with the coding of the micro:bit, to ensure everything was ready to piece together in the final week. As the pupils only had a one-hour session with Claire, two hours of DT, and two hours of science a week, it was important that every session was used wisely. Overall, the projects were expected to take six weeks, but more time was needed for Claire to introduce Python to the children, so it was important that she started before the project was introduced. Once the illuminations were finished, we planned to create a display in the school corridor for everyone to see, as well as sharing the creations with families at home on our school blog.

After evaluating in detail existing illuminations in the town centre and the design criteria, the children were well prepared to begin work on the casing of their illuminations. We had many ideas within the class, such as the Zoo Project, the Peppa Pig Project, and the Spinning Unicorn. With their audience and purpose in mind, they used general junk to create the shell of their product. They worked together in small groups of five to eight pupils to create the shape, size, and overall look of their casing, and we saw many creative ideas come to life. The children began to generate their designs in more detail and were encouraged to modify them as they found and overcame problems.

The study and practical application of electronics was essential to our project. In science lessons, the pupils had three objectives to achieve, which linked well with the DT aspects of the project. The pupils were able to achieve these goals when designing, creating, and evaluating their product. The objectives they focused on were:

Once children could demonstrate that they could create a basic circuit using a range of components, they could then incorporate it into their design. Many children decided to keep it simple with a few lights to attract their audience, while others included buzzers, motors, or pressure switches. When reflecting on and evaluating their design, it was the electronics aspect that they found most difficult. With the casing designed, painted, and ready, and the plans for the electrical circuits prepared, we were ready for the tricky bit—the micro:bit! Claire’s portion of the article, below, will give us some insight into the process.

Claire: The project’s computing side

Many non-specialist educators are reluctant to teach coding—imagine the scenario: your student tells you their code doesn’t work and you have no idea why! However, there are lots of ways for teachers to incorporate computing into their lessons with only beginner-level knowledge. The purpose of this section of the article is to give an overview of how to run the computing side of the project.

There is also a separate section where we share some tips on how you and the students can learn through debugging (see Debugging Code box). It is inevitable that, once pupils start building up their code to contain more than a couple of messages or images, it will have errors, but these failures also allow pupils to practise their debugging skills and become more confident coders.

To be successful, it was expected that each group would display on the LEDs at least one scrolling message, and some library images on the theme of their illumination design. They also had the option of some extension activities, including:

In our Illuminations project, we used a USB cable to download the pupils’ code onto micro:bits. We used Microsoft Edge as our preferred browser, because the children found it easier to specify where to download the file to. When Download is clicked, you can choose Save As from the pop-up box and find the micro:bit in the Save As box.

Once all code is completed and downloaded onto individual micro:bits, the pupils can attach a battery pack and they are ready to go.

The final stage of the project was for the children to combine the three areas (DT, science, and computing) in their illuminations. This allowed them to work collaboratively, with a strong emphasis on effective communication and skill delegation.

As a result, the pupils produced great final illuminations. They then spent some time reflecting upon the process. Interestingly, as an accidental benefit, pupils identified the value of collaboration as they saw two teachers using their knowledge and combining their skills.

At Anchorsholme Academy, we are proud to ensure that all pupils develop the creative, technical, and practical expertise needed to perform everyday tasks confidently, and to participate successfully in an increasingly technical world.

We found that this accessible, low-cost project proved a valuable learning experience for our pupils to develop these skills. We hope that our collaborative project will inspire other teachers to consider the use of coding in the wider curriculum.

Debugging code with your pupils 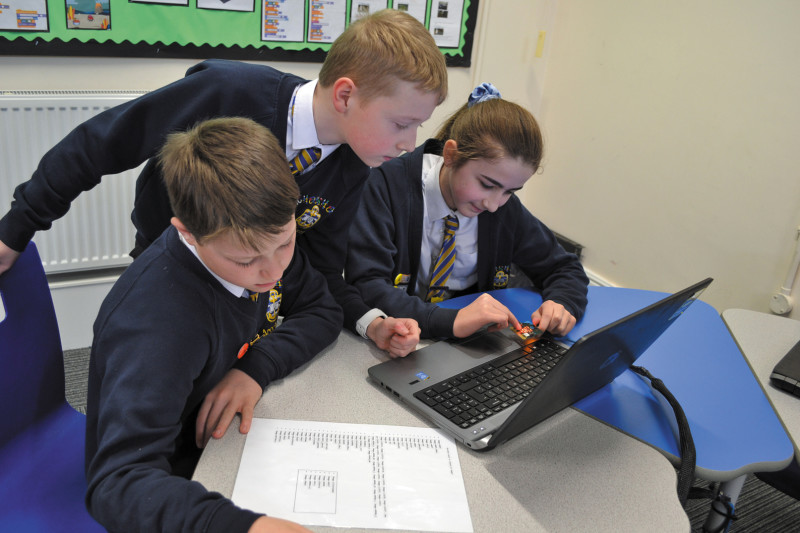 When children first start learning to code, if their program doesn’t do what they want it to, many will sit back and put their hand up for help. Debugging is a skill that they need to practise and develop. This involves going through their code meticulously line by line, checking the logic and syntax as they go. Giving them a debugging checklist, like the one I’ve shared below, helps them to track down some of their bugs independently. While working on this project, the pupils were only allowed to ask me for help once they had checked everything on the debugging checklist!

For the children who had trouble visualising their custom images, I suggested they drew a grid on paper to represent the LED display, and created their image on that before writing the code. Custom images can be simplified by only using 0 and 9 for on and off, rather than varying brightness values.

Displaying scripts similar to the ones above on the large screen and predicting as a class what would happen gives opportunities for teachers to demonstrate debugging techniques and certainly aids understanding.

The final tip I give the pupils is that if their micro:bit is displaying a message that there is an error on line x of their code, the error will probably be found on line x-1. 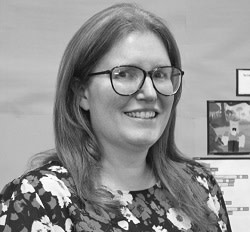 Claire teaches computing at Anchorsholme Academy, hosts a weekly Code Club, and is participating in Raspberry Pi gender balance research. She is a computer science graduate with past experience as a software engineer. 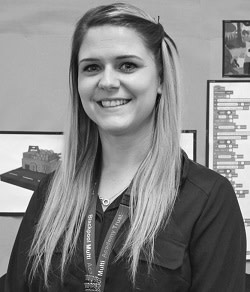 Aimee is a Year 6 Teacher at Anchorsholme Academy. She is the school’s Modern Foreign Languages Subject Leader, as well as the director of their very successful drama club. This is the first computer science project she has been involved in. 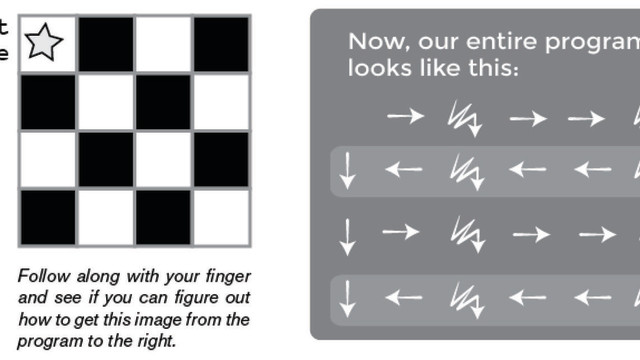 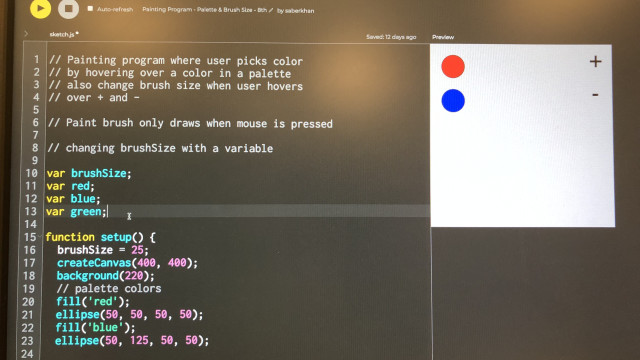 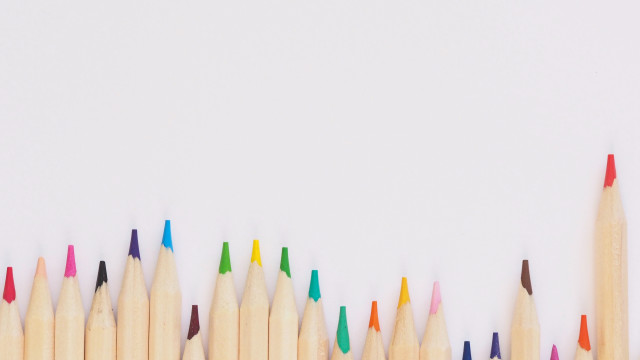 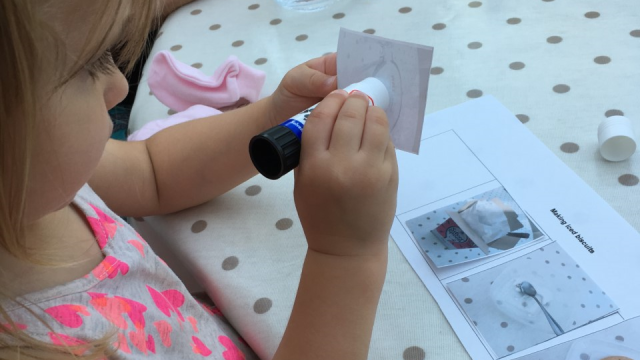 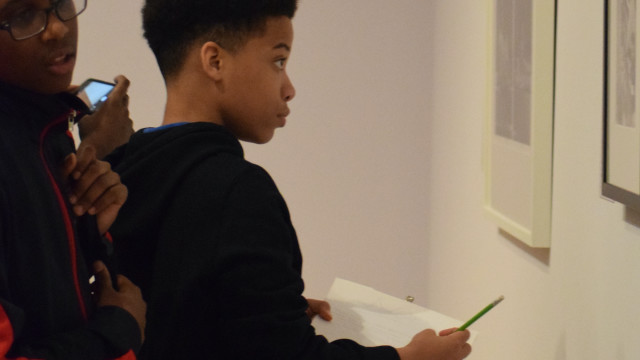 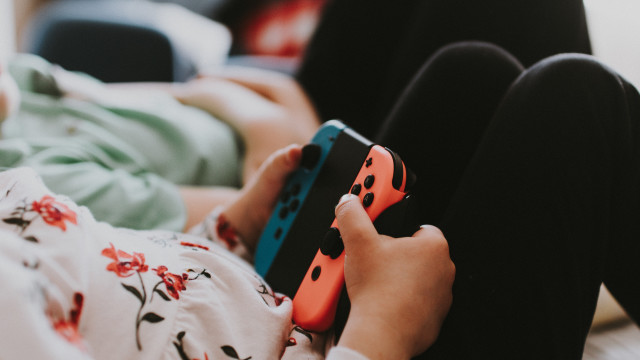