Students can create an algorithmic design for the ceremonial haka

Decolonising the computing curriculum sits within broader considerations around equity, diversity, and inclusion. It stems from the need to cast a wide perspective on how the curriculum (the ‘what’ and the ‘why’) and associated pedagogies (the ‘how’) include and represent all students. This wide perspective embraces considerations around knowledge sharing, construction, and representation. Such considerations should not be add-ons, but integral to an accessible curriculum, making the educational environment equitable, inclusive, and welcoming for all.

However, decolonising brings discussions around culture to the forefront of the educational agenda. It focuses specifically on addressing racism and colonialism, and the sharing of knowledge that can be viewed as unrepresentative for its recipients, or privileged as it excludes crucial narratives. An approach that does not acknowledge these considerations can alienate groups, as students may not see themselves reflected in the topics, and does not equip them well to work in a diverse world. For instance, data from Kemp et al. (2018) points to Black students being proportionally under-represented in studying computer science. In this article, I will focus on representation and symbolism as a way of reflecting on how global perspectives and marginalised narratives can be included in our computing curriculum planning.

These ideas form part of wider discussions around “culturally relevant pedagogies” (Ladson-Billings, 2006) and “culturally responsive teaching” (Gay, 2000). For instance, reflecting on the diversity of the demographic profile of the examples and role models we discuss in our computing classroom has been a key consideration in gender-balance interventions. Extending our intersectional examples further, with a focus on ethnicity and race, and acknowledging the contributions of African philosophers and Indian and Arab mathematicians in the development of technology, for example, can encourage discussions about the sociopolitical context of how knowledge has travelled across the world, and questions about equity and social justice can emerge. A typical example is referring to the history and etymology of the word ‘algorithm’, derived from the name of the Persian mathematician Muhammad ibn Musa al-Khwarizmi, which can act as a starting point for discussion of current algorithm structures and possible inequalities. 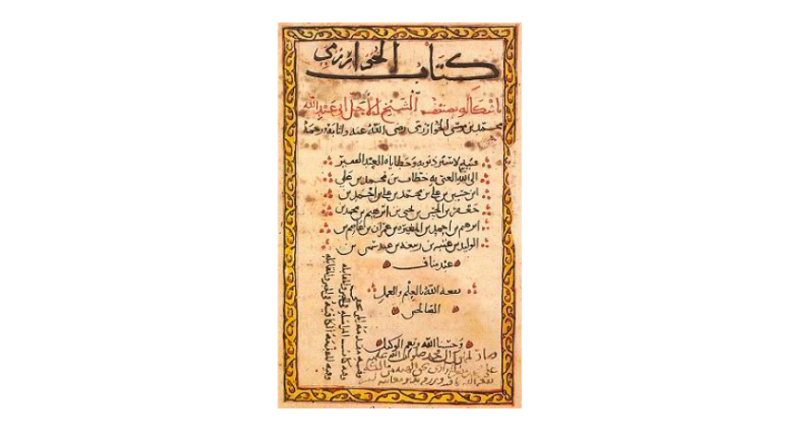 The history of cryptography and steganography also offer opportunities to celebrate multicultural perspectives in our computing lessons and discuss not only the techniques used (e.g. a Caesar cipher), but also the cultural and historical context where such practices were located (e.g. the Roman Empire). Using examples that include respectful consideration of other cultures — for example, programming Islamic art patterns, or algorithmic design for choreography that extends to discussions around the Māori ceremonial haka or the Chinese Dance of a Thousand Hands — provides a platform to explore cultural and heritage practices as resources for learning. Such examples have the potential to go beyond cultural appropriation towards a global outlook in which a dialogue around cultural understanding of the history and meaning of these resources, especially around the history of Indigenous cultures, can be promoted.

This relationship between culture and computing is discussed extensively in the field of ethnocomputing. The term is associated with Professor Ron Eglash’s research (1999, 2006) which explores the fractal geometry of traditional African architecture and develops interactive simulation tools that students in American inner-city schools used to create computational models of fractals. They either replicated original Indigenous designs or developed their own new creations. Examples used with students included replicating computational models of cornrow hairstyles and Native American weaving patterns. These themes gave the students opportunities to reflect on their own cultural identity and its relationship to maths and technology. This intervention raised the achievement levels of participating minority students in maths, and positively influenced their technological career aspirations.

The research promoted the complexity of those Indigenous cultural processes and artefacts that may traditionally have been considered primitive. It is an important consideration in our selection and discussion of cultural examples.

It is also relevant to consider the diversity in the global examples we choose to include as part of decolonising the curriculum. There is scope to reflect further on how the references we make highlight empire civilisations, but also include citations to Indigenous civilisations. For instance, referring to origami art to introduce algorithms, or the Antikythera mechanism to discuss computers, are examples taken from two colonial empires that have contributed and shaped the complex history of technology innovations. It is important to include such examples and broaden our global perspective, but also to acknowledge the context and background from which they emerge. Cultural perspectives can be relevant to our target audience and can be combined with discussions around local histories and realities. For instance, the Native American weaving example in Eglash’s article, which was of social relevance to his participants, can provide a starting point for examples with more social relevance to different audiences. It can include discussions around the weaving traditions from the north of England and considerations about technology, power, and culture in the British textile industry.

Reference to culture and ‘cultural capital’ are included in the intent of the UK Ofsted framework and its focus on “a broad, rich and deep curriculum”. The debate surrounding the aim and interpretation of ‘cultural capital’ in that framework is well documented. However, the inclusion of examples and resources that reflect local communities, acknowledgement of minority perspectives around unequal access, engagement in a dialogue around equity, and a curriculum offering intersectional and accessible solutions and pedagogies can support students to make connections between knowledge and power, and empower themselves and their communities. Support for educators and acknowledgement of possible challenges in incorporating such approaches needs to be promoted and developed further.

We are living in an increasingly data-driven world. From tracking our fitness data, to analysing coronavirus infection rates, to choosing to watch TV shows ‘selected for you’ by Netflix, data is everywhere. This issue focuses on data science and data literacy; it is full of teaching ideas and inspiration to help you and your students use data to make decisions and to make sense of the world. 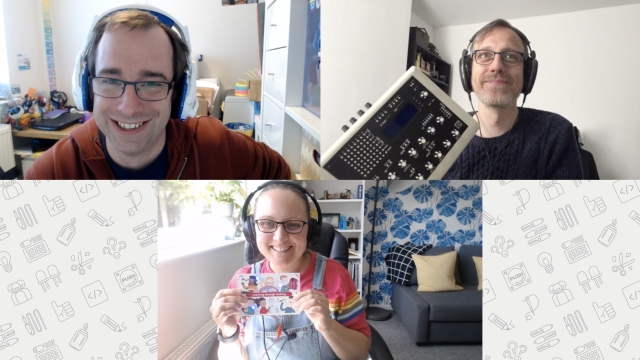 What is Digital Making?

In our first episode of season 2, James and Carrie Anne work with their guests to explore the meaning and ethos of Digital Making. 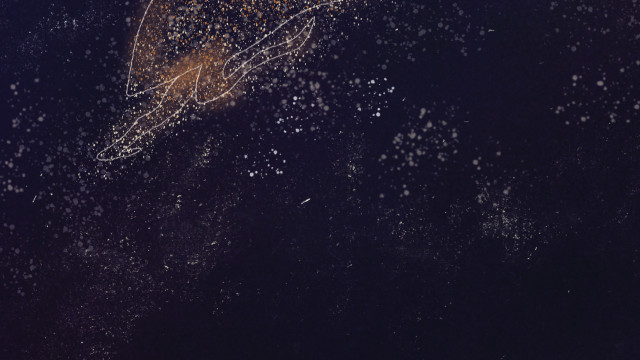 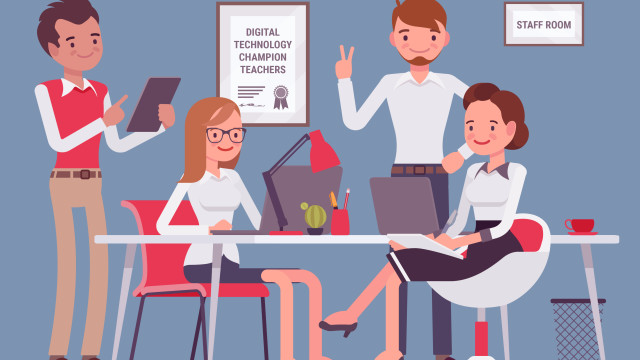 Sujatha Gunja and Daniel Hickmott share tips for teaching computing by drawing on their collective teaching and research experience in schools and tertiary education. 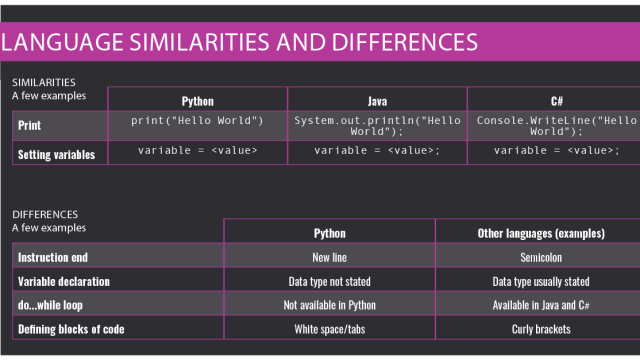 Julia Roebuck discusses the benefits of encouraging students to learn more than one programming language and shares her top tips. 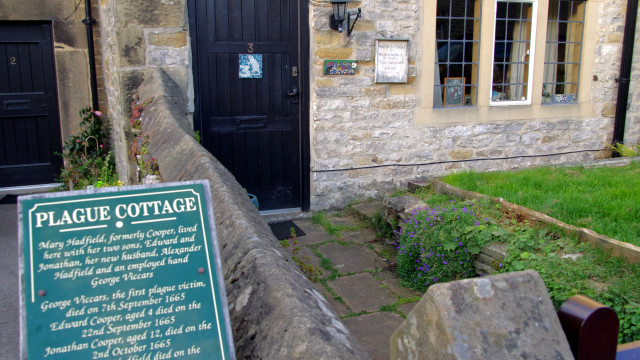 Katharine Childs describes how her pupils aged 7–9 used local history data to create a flat-file database about the villagers of Eyam in the UK. 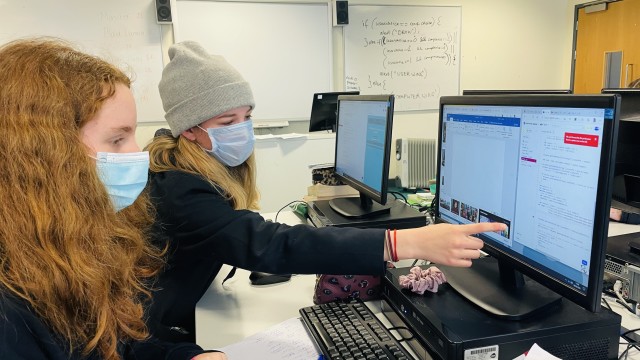 When the pandemic sent students home, the challenge for Laura James was keeping them coding. JavaScript to the rescue!