Earlier this year, we led a group of eleven- and twelve-year-olds through a robotics activity based on the television programme Baking Impossible. On the show, bakers and engineers pair up to create and stress-test devices made from edible materials and robotic parts. Inspired by the show, we gave teams of students a similar challenge, allowing them to apply what they had learnt in a previous problem-solving exercise to a new problem integrating coding and physical computing.

This innovation came about as a result of a partnership between Columbus School for Girls (CSG) and HER Academy. HER Academy is a nonprofit focused on changing school cultures around computer science while prioritising the needs and interests of girls (theheracademy.org). In this case, Karen, the computer science teacher at CSG, wanted to incorporate more hands-on robotics and coding into her class. In preparation for the project, we had a practice session to test the idea. 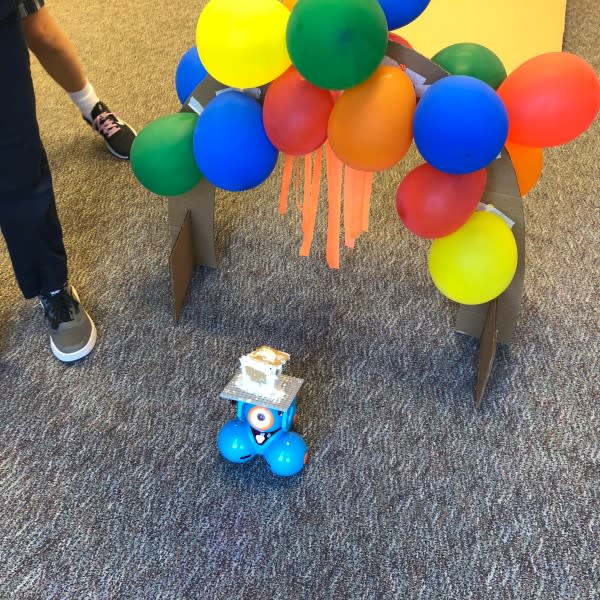 We played students a short clip from the show to introduce the project. The class discussed the successes and failures of the projects in the clip, paying particular attention to engineering details such as the shape of the wheels and the distribution of weight. We then showed students their materials and introduced their mission. The task was for students to build a cargo container, made of graham crackers and royal icing, to sit atop a robot and hold a marshmallow. Without losing their marshmallow, the robots would have to pass through an A-frame tunnel, complete a 90-degree turn, and climb and descend a ramp before passing through a cardboard arch at the finish line.

Working in groups of three, students were given a robot and an iPad and told to figure out how they worked. Students then began writing their code and took turns running their robots through the course. We told teams who were waiting their turns to make a plan or sketch a design for their cargo container. Most of them were so excited that they skipped sketching and asked for practice graham crackers to illustrate their ideas. As we were just as excited, we let them go for it. Next time, we’ll make sure they sketch first and explain their thinking in writing before they get started. This will reinforce the importance of the design process. Students also asked for rulers to measure the distance between obstacles. We placed tape on the floor to mark the positions of each of the obstacles. One suggestion we got from students that we’ll incorporate next time is to mark the starting position of the robots.

In the next class, we gave students trays with all their materials (see materials and supplies below) and tasked them with constructing their cargo containers. Teams worked on creating their cargo containers on top of LEGO® platform bases. They used two long rods to secure the platforms to the top of the Dash robots, using the LEGO builder bricks that come with the robots. The rods were needed to raise the height of the platform above the robots’ heads.

We let the cargo containers dry overnight and then allowed for more practice time before the final showcase. One team lost all of their code and had to recreate it at the last minute. They suggested students screenshot their code after each class going forward, so they would always have a record even if the technology glitched. They suggested writing down the measurements between obstacles for the same reason.

What can we say about the atmosphere in the room during that final showcase? Students took pride in explaining the thinking behind their designs and in analysing what went right or wrong. They cheered for each other. They groaned collectively. When one team’s robot stalled out, they asked for another try, quickly conferred, figured out the error, and successfully reran the course.

The high-school computer science teacher — who is also the middle-school robotics coach — visited to observe and lead a special guest debrief with students from an engineering perspective. Students picked apart what went well and what they would change. They asked questions about things they’d observed but didn’t understand. Some of the robots struggled with the cardboard ramp, for example. Our guest noted that the wheels were picking up dirt and debris from the floor, which was interfering with their ability to maintain friction with the surface of the ramp. Next time, we’ll clean the wheels periodically throughout the project.

Students began the next class by reflecting on the project in their notebooks. They had some great feedback for us, including recommendations to strengthen the ramp and make some of the other improvements we’ve already mentioned in this article. Our goals for the project were to reinforce the importance of the design process (design, build, test, iterate) in solving problems using technology, and having students practise resolving challenges as a team.

In students’ own words, they learnt, “You have a lot of test runs before you go ... You have to make sure it works.” They also learnt “to consider and challenge other people’s ideas” and “the importance of good teamwork”. And their final verdict? “Improvement is always needed. And the teacher should have had snacks. I was often hangry.” There were indeed a lot of requests to eat the graham crackers. We will set some aside for snacking next time!

To try this out for yourself, you will need: 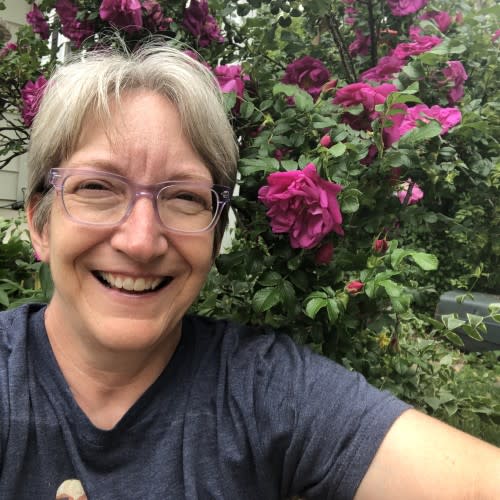 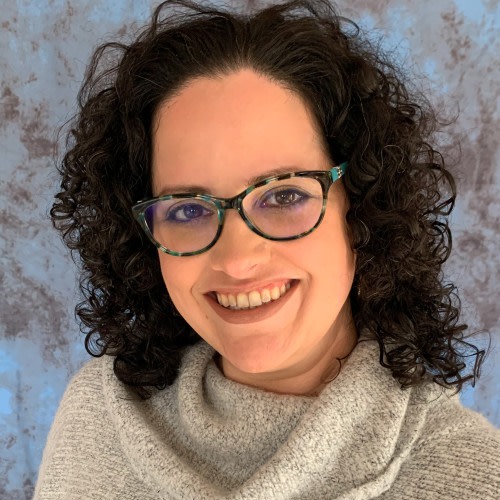 Shannan directs the curriculum development and implementation needs of HER Academy.